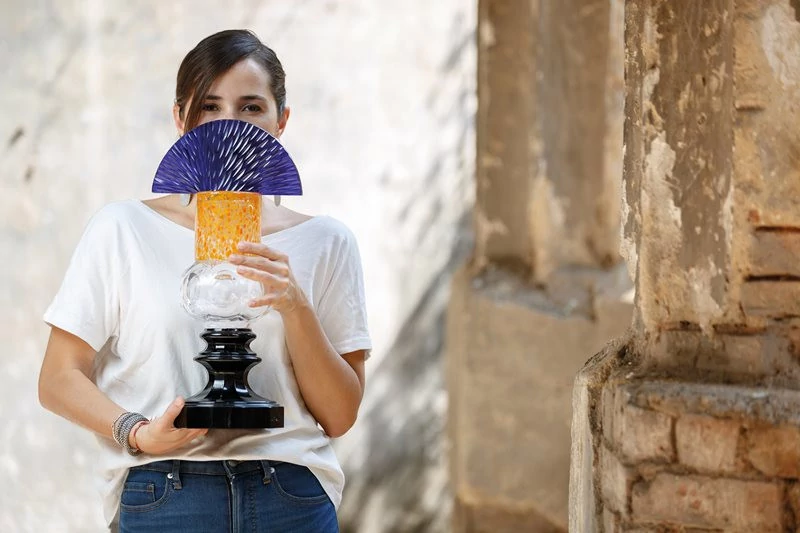 Bolaños-Durman found her medium as a graduate student at the Edinburgh College of Art where she had access to a variety of glass-cutting machines that the school had salvaged from the defunct Edinburgh Crystal factory. These tools allowed her to create a collection of 60 sculptures, made with found and blown glass which she intricately hand cut and combined in a process of intuitive play. Inspired by her grandmother’s perfume bottles, each piece in this Ode to Intuición series exudes its own quirky posture. They dance and sway with a wonky charm. “If the work invites the viewer to have a bit of wonder, have a bit of a laugh, I feel like I’ve done a good job,” she says. 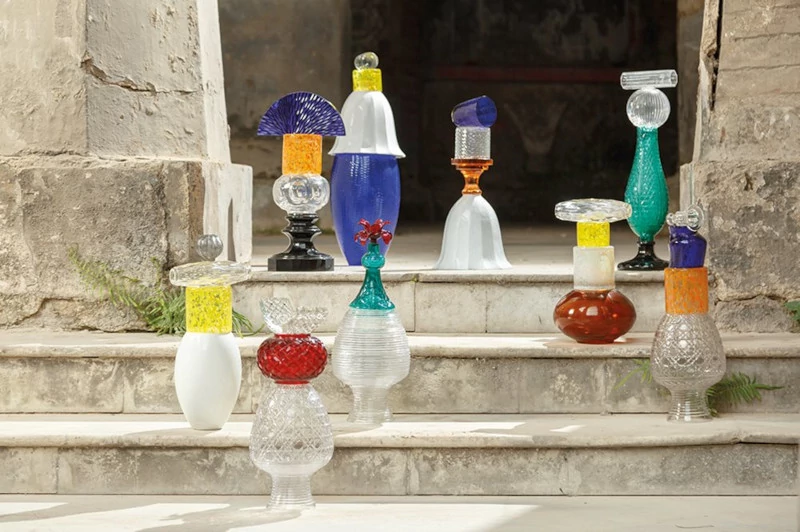 Recently, Bolaños-Durman completed a two-month residency with the Basu Foundation in Kolkata, India where she worked in collaboration with Karwaan Design Project and local artisans from the Firozabad community, which has a centuries old glass tradition. Inspired by the foundation’s nineteenth-century palace and imagining its rich past life, she created Apparitions — Man Is Not the Centre, a series of sculptures made with chandelier parts in vivid hues. “There were inches of dust on top, when they started bringing out the crystal,” she says. “They started with all the fancy ones, like you see in those French chandeliers. But after a few hours they brought me others that were a bit kooky, a bit off-center — and then I fell in love.”